THE TAROT AS THE KEY
TO KNOWLEDGE 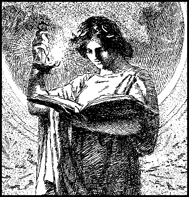 The person who raised the Tarot to a new level, transforming it into something more than a simple game and prediction of one’s fortune was the occultist Eliphas Lévi (1810-1875).

His studies of the Tarot immediately became a “Bible” for esotericists worldwide.

According to Lévi, the Tarot contains a profound and hidden symbolism: a knowledge concealed in the symbology of the cards.

The Tarot – the source of inspiration for all the sacred books of ancient peoples – is the ultimate synthesis of the principles of a vast and consolidated esoteric tradition: it is the true key to knowledge. 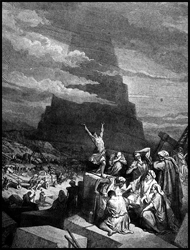 The 22 Major Arcana of the Tarot in fact correspond to the 22 letters of the Hebrew alphabet and to the 22 paths of the Kabbalah Tree of Life; they are a catalyst that reflects the traditions and principles of astrology, secret sciences, and initiatic and sacerdotal disciplines.

According to Lévi, the Tarot is therefore “the most perfect tool” to be implemented to understand the unintelligible.

We have almost completed our work, and hence must give the universal key and speak the final word.

The universal key of magical works is the key of all ancient religious dogmas, the key of the Kabbalah and the Bible, the key of Solomon.

Now we have rediscovered this key, believed to have been lost for centuries, and we have succeeded in opening the sepulchres of the ancient world, in making the dead speak, in seeing the monuments of the past in all their splendor, in understanding the enigmas of all the sphinxes, and in penetrating all sanctuaries.

Among the ancient, only the high priests were allowed to use this key, and its secret was never revealed even to the elite of the initiates. Now, here is what this key was:

It was a hieroglyphic and numeral alphabet, using characters and numbers to express a series of universal and absolute ideas [...].

When the high priesthood ceased in Israel [...], when the ark was lost, the sanctuary desecrated and the temple destroyed, the mysteries of the ephod and the teraphim that were no longer tracked on gold and precious stones, were written or better depicted by some wise kabbalists on ivory, on parchment, on silvery and golden leather, and finally on simple cards [...]. Thus was born the Tarot [...].