WHICH DECK IS BETTER
TO USE? 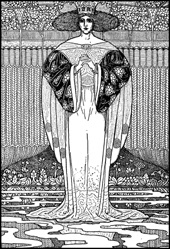 Which deck is it best to use when you want to read the Tarot?

An expert can use any Tarot deck – even if it is modern or stylized – because he or she will have memorized the symbology of the classic cards.

For those with less experience, instead, it is advisable to choose more classic cards, like the Tarot of Marseilles, the Rider-Waite Tarot, or our free printable Tarot decks.

In this way, the illustrations found in some decks, some of which are highly original, will not mislead the fortune teller into making interpretive errors. 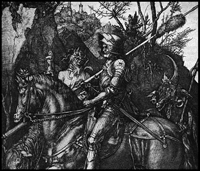 It is very important to consider the origins of a Tarot deck because it enables us to understand the purpose for which it was created.

For reading the Tarot, it is possible to use both, but one must take into due account the different symbols used on the cards.

In a deck created for cartomancy – like the Rider-Waite Tarot – it is likely that The Magician card will bear the symbol for infinity (a sideways 8) over the Magician’s head.

In the case of a deck created as playing cards – like the Tarot of Marseilles – it is instead likely that the Magician will be wearing a hat with a strange shape that recalls the symbol for infinity.

This is the same symbol, and so it has the same meaning, but in the latter case, the fortune teller must have more experience so that the symbol is identified and interpreted correctly.