The history of the Tarot is not based on cartomancy alone.

In some historic periods – in particular from the XV to the XVIII centuries – the use of the Tarot as a simple card game was predominant.

In the taverns of Renaissance Europe, players seated at the table – with Tarot cards in their hands – would indeed challenge each other for money and as a pastime. 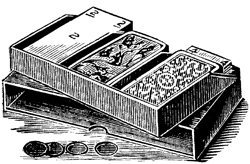 The success of card games, beginning towards the end of the Middle Ages, was truly extraordinary.

It was indeed the attempt – made by the ruling class and governors – to curb this phenomenon that gave us much of the documentation on the use of these cards.

Even as late as the fourteenth century, numerous edicts and other provisions prohibited – in various zones and with various methods – the playing of card games.

In fact, it was not rare for people, thanks to playing cards, to end up neglecting their own personal duties: work, religion and family.

It was also common for people to play for money, even setting very high stakes.

Reasons for the Success of the Game of the Tarot 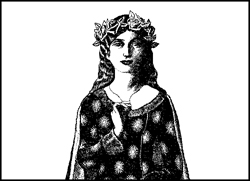 Tarot owes part of its brilliant success as a card game to the fact that it was considered a game of skill – unlike normal playing cards that were often believed to be games of chance –.

As Tarot was a game less subject to chance and more complex, it essentially enjoyed the same treatment reserved for the game of chess.

The impulse to develop the game of Tarot was therefore very strong, in that it was almost always considered a lawful game, even in cases where playing with normal cards was prohibited.