ORIGINS OF THE WORD “TAROT” 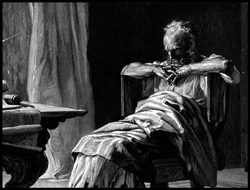 The oldest historical documentation of the word “Tarot” dates back to 1516 – from the “Registry of Wardrobes” of the Court of Ferrara – where we find a note of payment to Gian Francesco della Mirandola for a few Tarot decks (“dua para de tarocchi” in Old Italian).

The true origins of the term “Tarot” remains a mystery still today, in that no documents have been found that explain the cryptic etymology of this word.

In spite of a lack of evidence, there are however various theories, mostly from esoteric and occultist sources, on the origins of the word “Tarot”.