HOW THE TAROT WAS
USED AS A GAME 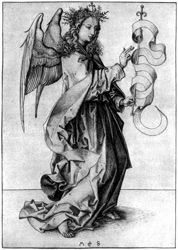 The Tarot – associated in the collective imaginary only with cartomancy – in reality was also, for several centuries, one of the most popular card games.

Thanks to the numerous literary testimonies that have survived until today, we are now capable of reconstructing what the basic rules of the game of Tarot were originally.

At the beginning of the game, all the cards are dealt to the various players so that each player holds an equal number of cards in their hand.

It is a game of “tricks”, where each player takes turns playing a card and, having completed the round, the winner of the trick places the cards won out of the game, face down, making a pile of cards won.

The players must always play the same suit as the first card played in any hand if possible.

So if the first card played is Wands, the next player is obliged to follow suit, playing a card of Wands. However, if they don’t have any Wands, they are allowed to play one of the Triumphs (the Major Arcana excluding The Fool), if they have any in their hand.

If instead the first card is a Triumph, the player is obliged to play a Triumph – always if they are holding any –.

Other than these rules, the player can play the card they want to play.

Cards that Win the Trick 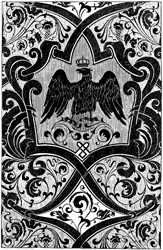 The Triumphs are the highest cards and beat all the other cards, including the court cards (kings, queens, knights, and pages).

If there are no Triumphs in a trick, the trick is won by the highest card of the same suit as the first card played in that trick.

Originally the order of the Triumphs had to be memorized; only later were the numbers written on the Triumphs to simplify the game.

The victory goes to the player (or the team) that has scored the most points – considering the cards won and the number of tricks taken –.

The score is calculated as follows:

All the other cards are attributed no score; for example, the card of Strength assigns no points; neither do the 6 of Wands, or the Ace of Cups.