CARDS THAT ARE APPARENTLY OPPOSITES IN READING THE TAROT

One of the most frequent doubts of those learning to read the Tarot is this: “What should I do when two cards drawn have opposite meanings?”.

In this case, the ability of the reader enters into play, as he or she must know how to interpret cards that are apparently opposites in a combined reading:

At first glance, this series of mechanisms seems very complex, but in reality, these are operations that become relatively simple with practice.

During the same Tarot reading – let’s hypothesize – there may be both The Chariot and The Tower.

Is this a reference to a dead end? 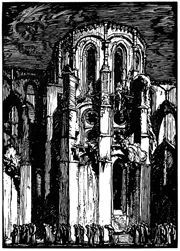 The wealth of Tarot card symbology comes to your assistance even in the most difficult cases.

If we analyze The Chariot, we know that it is a card of success; in fact, The Chariot is nothing but the winner’s chariot.

But in the symbology of the card, it is also clear how this success is not unconditional; in fact, like the charioteer, who must know how to handle his horses, so is it necessary to balance contrasting forces to attain and manage success.

Now let’s look at The Tower.

The Tower is a card that represents a difficult failure, a punishment.

Why does this card bear the image of a lightning bolt falling from the sky to strike a tower and demolish it?

The lightning bolt represents divine punishment for the arrogance of men who raise such a high tower, attempting to rival God.

Returning now to the starting point, it seems less difficult to give a combined reading of The Tower and The Chariot in a single consultation.

For example:
“You will enjoy a total success (chariot of the winner), but if you do not know how to manage it (drive the chariot), and above all, you are presumptuous and arrogant (building the tower), you will meet with a failure as big as your success (fall of the tower), because you will provoke the ire and envy of others (divine bolt of lightning)”.